Jenna and I went out for Christmas Eve dinner at Ruth’s Chris, pretty decent steakhouse, if a bit on the expensive side. We were given one of those tables for two that they reserve for times when they are very busy — they have a long upholstered bench along a low wall, one person sits on the bench, one sits on a chair. In these situations, Jenna always sits on the bench, she likes to look at the other diners, and I sit on the chair, I like to look at her. 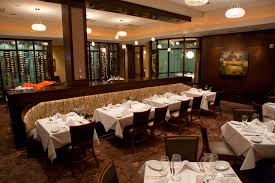 This time there was a problem. The couple next to us, we presumed man and wife (not so, we quickly discovered) were sitting next to each other on the bench, with her handbag next to him, more or less halfway into the space that Jenna would have liked to occupy. After a short conversation, he moved the handbag, Jenna squeezed past, and now I was looking three people in a row: my lovely wife, a large, loud, balding Stranger, and his bemused companion.

“I bet you like the Beatles!” he bellows at his companion. OK. This is more or less a first date. They are not married. Their relationship is quite new. Just germinating, you might say.
“Yes, I do. How did you know that?”
“I have a PhD in People!” he roars.

He’s already bored with her and starts a conversation with the couple on his other side, an older couple. They start the usual snowbird routine.

“Where are you from?”
“I’m from St Louis, Missouri”, he announces. “I love it there. Have a house there. I come to Sarasota in winter. I stay in her house.”  Gestures with his thumb. She looks at him with the expression of a high school cheerleader who has just wandered into a lecture on quantum mechanics when she was expecting Home Economics.
“I bet you’re from Philadelphia!” announces our Stranger.
“Why, yes, I am. How did you know that?”
“I have a PhD in People!” he shouts.

The conversation now turns to the Penn State football team, and then immediately to the Sandusky scandal.

“My dad came home one night from a Penn State game, and he said ‘There’s something wrong with that Sandusky'” confides our self-appointed entertainer for the evening. “He was absolutely right, I know because….I have a PhD in People!”

He is now reminding himself that he has been neglecting Jenna.
“…and where are you from?”
“Philadelphia also” she answers randomly and not entirely accurately.
“I knew it! I have a PhD in People!” he roars.
“What kind of dogs do you have?” he asks. For a moment I am stunned. Then I realise that we had been discussing some doggy topic while he was engaging the couple opposite.
“We have three Welsh Terriers. And a Kromfohrlander.” Normally, this either shuts them up or else leads almost anywhere. But now she decides to get playful.
“Do you know them? Kromfohrlanders, I mean?”
“Yes, of course. I love dogs!” (There are 18 Kromfohrlanders in the USA).
“They have quite an interesting history…”
“Yes, I know. I love dogs.”
“American troops found some of them wandering around France during WW 2. They adopted them as mascots, and took them into Germany with them, where they were…”
“WE SAVE THEIR FRENCH ASSES IN THE WAR AND WHAT DO WE GET? NOT EVEN A THANK YOU!”
<A silence>
I address Jenna in Afrikaans:
“Now, that is how you change the subject into one of your choosing. Take note.”
<Another silence, slightly longer>
“Were you speaking in French?”
“Yes, I was.” (Some people just beg to be lied to) “How did you know?”
“I have a PhD in People!” he bellows.